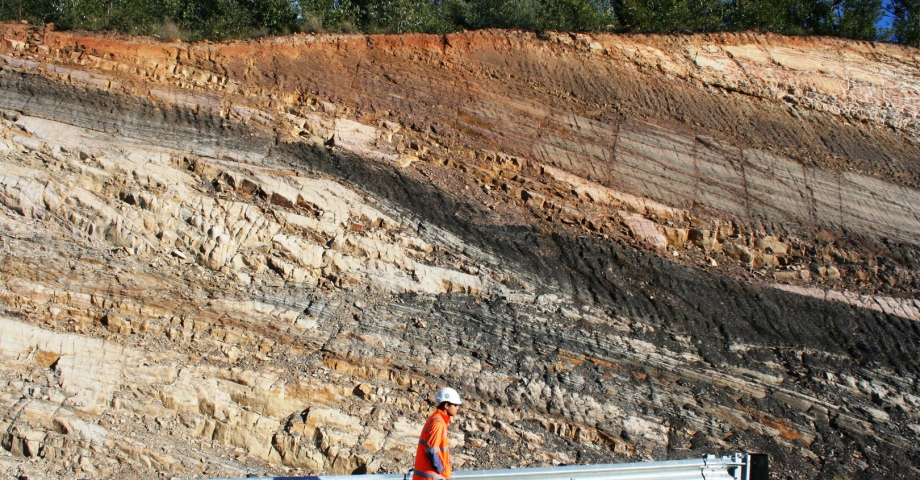 Rock mass characterisation is often not straightforward and really a matter for skilled engineering and structural geologists to investigate and come up with realistic geological, hydrogeological and geotechnical models. Rock mass classifications (RMC) are usually oversimplistic and of little use for most geotechnical projects other than in tunnel situations where experience allows some judgement of support requirements.

The commonest RMCs are Q and RMR but both of these take as a starting point RQD that was only ever intended as a logging tool for boreholes to give an indication of quality instead of relying only on core recovery as an indicator. In hindsight the concept of a rock mass, made up of loose blocks of 100 mm in dimension, being designated as "excellent" say in tunnelling or slope stability is rather ludicrous. In fact RQD has morphed - now not only to included "sound and hard" pieces of rock but also materials that could be readily crumbled by hand (in Briitish and European practice). Furthermore RQD is misapplied to exposures in which any trace of a discontinuity is treated as an open joint - that was never the intention of Deere & Patton who came up with RQD.

With the development of the Geological Strength Index (GSI) of Hoek and Brown, based originally on the H-B strength index, we now have a more geologically realistic classification albeit that it should not be applied to rock massess where geological structure dominates behaviour, nor to weak rocks (according to Brown).

The philosophy behind the GSI development is explained in a lecture presented by Evert Hoek at Leeds, for a conference on Weak Rock Masses at the University of Leeds in 1990. Fortunately, I kept an audio tape of that lecture and that has been developed recently into a movie file, with slides provided by Evert. The audio is of high quality and the lecture still makes a great deal of sense. Enjoy!

A major concern is that currently in practice there are only really two concepts of rock discontinuities - either they are present (with negligable tensile strength) or absent. This is not a proper representation of rock mass conditions. Evidently rock joints develop in geological time with change of stress and degree of weathering and for refined understanding these processes should be accounted for conceptually, even if it something difficult to deal with practically at current levels of ground investigation development. It is not reasonable to take observations at one location (say at the Earth's surface) and simply extrapolte into a diferent weathering or structural regime.

Some of the papers below consider joint development with time, classification and description, and how the science might be progressed, not least by "Forensic Excavation".

It was at a small conference in Manchester in 2012 (which led to the publication of the paper above - Hencher 2014) that I first came up with the idea of taking a rock mass to pieces, block by block so that features such as rock bridge extent could be identified and studied - for example linking joint properties to degree of weathering and stress history of the excavated mass. The following is a presentation presented to CSIRO at a meeting in Johannesburg in 2012 setting out the ideas. Subsequently, at Leeds university, Junlong Shang has carried out research along these lines at laboratory and field scales (blocks of a few metres diameter) with some success and a few papers have been published not only on persistance but also on the tensile strength of discontinuities that has largely been ignored previously in the literature.

It is generally recognised that discontinuities often control rock mass behaviour and, because of the geometry and distribution of discontinuities, there will be directional bias in performance. If discontinuities are 'daylighting into an excavation, then they pose a problem, if not they generally do not. That is not always so simple to spot and the reader is directed to the Po Selim case study where the main schist foliation dipped back into the slope at about 14 degrees (seemingly safe) but a massive rock failure ocurred.

The paper below on stereographic analysis of rock joints was written following a large-scale rock slide in Hong Kong (South Bay Close) that would have badly damaged the block of apartments that was to be constructed at the toe of the slope. The major through-going discontinuity on which the slide took place (I interpreted it as a thrust fault) was under-represented in the discontinuity measurements in boreholes and therefore had been excluded from analysis, following the statistical contouring approach advocated in Hoek and Bray (1975). The Building Authorities even allowed the construction of the apartment block closer to the rock slope than was normally allowed because they were impressed by the designer's apparent understanding of structure - how wrong they were. It was very fortunate that the failure occurred during construction. This case study is discussd in Practical Engineering Geology (2012) and will be added to the page on landslide case studies in due course.

This was not a unique example, I was asked to comment internally within the Geotechnical Control Office, on the design of another slope where again the designers were disregarding the geological structure, unrepresented by the site surveys, but of which I had personal knowledge having investigated another nearby landslide. My internal comment, that the design had been carried out by a statistician rather than a geologist, was, unfortunately, passed directly to the designers who took umbrage and continued in their own sweet way. The slope failed during construction on relict incipient joints.